Seth Rogen made the following comments about Justin Bieber in an interview;

“I saw him again at like an MTV awards show, he literally had a snake wrapped around his f****** wrist that he was wearing,” Rogen explained. “I talked to him for like five minutes. … No humility, no awareness, no sense that ‘I appeal to young, young people, maybe a grown man who works in comedy doesn’t f****** give a s*** about me. Maybe I should act in such a way that perhaps this isn’t the great experience of his f****** life.'” 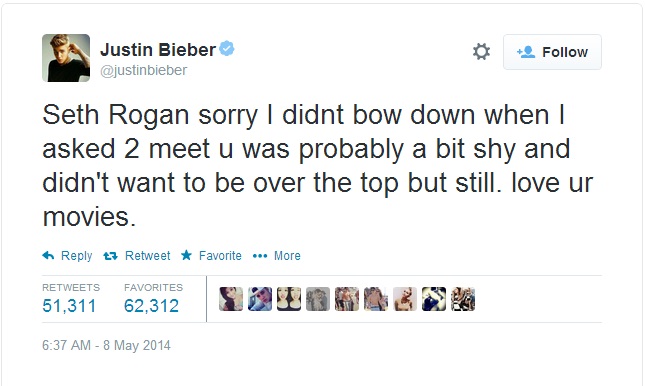 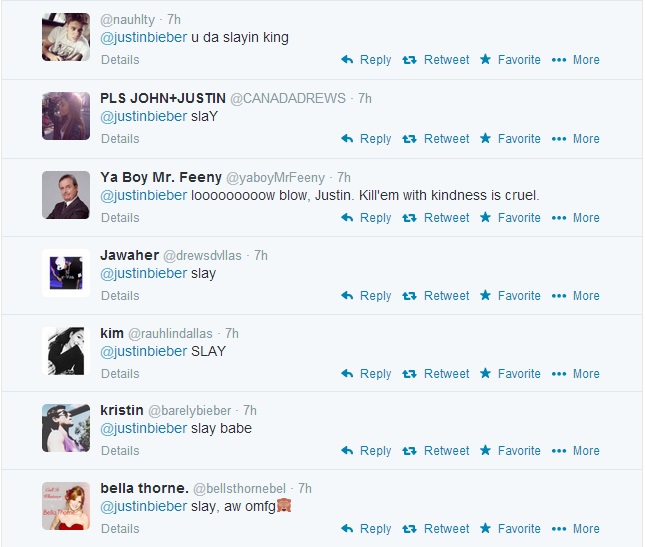