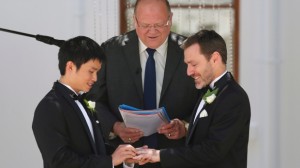 Currently in New Orleans, marriage is defined as a union between a man and a woman, but a local federal judge wants to change that. New Orlean’s federal judge Judge Martin is currently deciding whether or not the state should be forced to recognize same-sex marriages that were performed in other states as valid in Louisiana.

“It is something that we live with every day,” said Jackie Brettner, one of the six plaintiffs in the case heard in Judge Martin Feldman’s courtroom Wednesday morning.

Jackie Brettner, is a local attorney and is also one of the plaintiffs in the case aimed at getting Louisiana to recognize a redefining of marriage by other states. She said she married her partner in New York in 2012 and wants people in Louisiana to consider her married as well.

The plaintiff’s attorney’s best arguments related to the thought that Louisiana was not properly recognizing a redefinition of marriage that other states did and that this violates the U.S. Constitution. 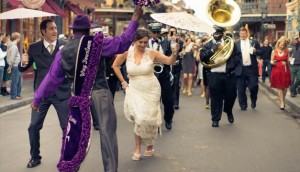 Judge Feldman, a seasoned jurist, asked a series of thought provoking questions of attorneys on both sides during the hearing.

“I think a fair decision will be made,” said Nick Van Sickels, one of the other plaintiffs in the case.

The attorney representing the state of Louisiana in the legal proceedings, Kyle Duncan, said noted the large number of previous legal opinions that upheld the rights of state voters and state legislatures to define marriage.

Duncan said such grievances that are the heart of the current case should be resolved through the democratic process.

“Their argument that it should be through the democratic process, and not through the judiciary has merit, but it seems as if that argument hasn’t carried the day in other states,” added Raspanti.

As part of a consolidation of related cases, Judge Feldman is allowing attorneys in the case to submit additional briefs on related issues, including Louisiana’s law that bans a redefining of marriage in the state. There is a possibility of additional oral arguments on those issues before the judge issues his ruling.

The judge did not set a time table for his ruling.

Do you think the judge should rule for or against a redefining of marriage in New Orleans?