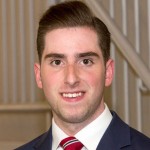 As Parker Mantell made his way the podium to deliver Indiana University’s commencement speech, he confessed that he might not have been the obvious choice to deliver the address.

He urged his classmates to rise above any doubts they might have about their abilities, no matter big or small. He cited Beethoven’s deafness, Ray Charles’ blindness and Albert Einstein’s dyslexia as examples of disabilities that failed to get in the way of their success.

He mentioned President Franklin Roosevelt, that he “couldn’t walk. Imagine if he had never dared to run. Imagine what you are depriving our world of if you never dare to achieve your purpose.”

Parker Mantell, a 21 year old who just graduated on May 10 with a political science degree, recently commented that his speech, which has since gone viral, was all about encouraging his fellow students.

“I felt incredibly blessed to be presented with the platform to inspire others,” he said in an email. “It is my greatest hope that I have done so in the days following my speech. Ultimately, however, none of this is about me or what I have done — it’s about people becoming what I know they can be.”

He was selected for the opportunity to deliver the Indiana University’s commencement speech after he responded to a call for applications, knowing that this would involve speaking in front of over 17,000 people. He commented that he didn’t want to regret not taking the chance. He prepared for the commencement speech by videotaping himself practicing every day and taking notes on his performance.

During the speech, Parker credits the faculty at Indiana University for pushing him far beyond his expectations, rather than speaking to his seaming ‘disabilities’ due to his speech impediment. This encouraged him to go after many high-profile internships that found him answering calls for House Majority Leader Eric Cantor, conducting tours of the Capitol for Florida Sen. Marco Rubio, and working in the office of New Jersey Gov. Chris Christie.

“I mention those experiences not out of individual pride or out of vanity, but rather out of desire to share Indiana University’s role in dispelling the idea that someone who is barely able to talk for himself can dream big enough to talk for public servants,” he said. “While any other university might have instructed me to manage those expectations, IU taught me to grow them.”

Parker has commented that he’d like to pursue a career in public service, whether that be through government, politics or law. He urged his classmates to reach for their dreams, regardless of the challenges that lie before them.

“Doubt, as has been observed, kills more dreams than failure ever will,” he said. “Yet if doubt were to be a disease, its cure would be confidence.” 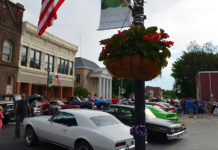 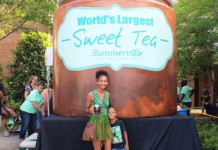