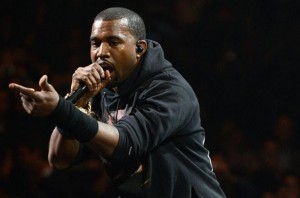 Kanye West never challenged Anderson Silva To MMA Fight…not even close. This is just another fake story by another “TheOnion.com” want-to-be site, EmpireSports.co…

“In a shocking move by the once popular & now apparently insane R&B artist Kayne West, he has openly challenged Anderson Silva to an MMA fight. We are not sure what prompted this decision but we can only guess that it has a lot to do with Mr. West’s 15 minutes of fame quickly running out and his diminishing mental faculties….

The pressure from being married to a reality TV skank and being hated by 94.6% of the American public can put a lot of mental stress on a weak minded guy like Kanye.

Anderson Silva is still recovering from an awful leg injury in his rematch with Chris Weidman. Silva’s lower leg basically fell off and he was been rehabbing ever since the surgery that followed. We talked to Silva via skype yesterday and asked if he was seriously considering taking the fight. “My leg has only recovered about 60% but since we are talking about a guy like West who is basically a little b*itch that holds a mic for living, I think I will take the fight”, Silva said smiling. Anderson went on to say he would donate his pay from the fight to a charity that can help prevent kids from growing up into a mega douche bag like Kayne West. “American children have been subjected to Kanye West and his in-law reality TV family for too long. Maybe this fight can raise some awareness of the growing problem of people like Kanye and company getting public attention that allows them to suck the intelligence right out of the American people”, Silva stated.”

Again, this is not true, Kanye West would never fight in any MMA fight, especially not to Anderson Silva, Kanye isn’t the smartest person out there, but he’s not a complete idiot…