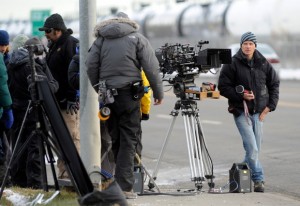 The movie is a comedy/thriller entitled “Aftermath” that was filmed and produced locally by Tom Farone.

The Los Angeles Times remarked, “This intriguing thriller could be called blue collar-noir. With its clutch of shady characters, pitch dark humor and blunt talk, the film evokes such 1990s-era criminal outings as ‘Fargo,’ ‘Reservoir Dogs’ and ‘True Romance,’ but set in a world of home construction.”

“Aftermath” will become available on iTunes, Netflix and video-on-demand on April 21.