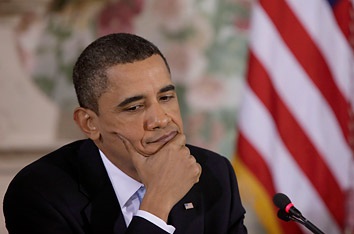 What is now being called “The Hobby Lobby case” is the most serious challenge to the Affordable Care Act, or “Obama-care” since the law itself was up for review almost two years ago, finally reached the Supreme Court Yesterday. At stake is whether corporations can claim a religious exemption to opt out Obamacare’s “contraception mandate,” a decision that could have wide-ranging implications for the intersection of religion, businesses, employees, and health care.

The questioning got ugly, fast, when Solicitor General Donald Verrilli began his arguments in favor of the mandate requiring employers to provide contraception coverage under the Affordable Care Act.

The arts-and-crafts retailer Hobby Lobby has challenged the mandate, saying it violates the religious beliefs of its controlling shareholders, while the Obama administration argues a federal law that protects such beliefs doesn’t apply to shareholder corporations. One big problem is that many churches are incorporated, undercutting the idea that corporations can’t hold religious beliefs. Another is exceptions the administration has carved into the law for churches and religious non-profits.

An even bigger problem is the sheer contentiousness of contraception, especially morning-after pills and other methods that some say can cause the abortion of fertilized eggs and fetuses.

At one point Justice Anthony Kennedy, the swing vote the Obama administration needs to win this case, asked Verrilli if “under your reasoning, a profit corporation could be required to pay for abortions.”

“No.  I think, as you said, the law now ­­ the law now is to the contrary,” Verrilli answered.

“But your reasoning would permit that,” Kennedy followed up.

If such a law were enacted it would, Verrilli conceded, “but there is no law like that on the books.”

That promoted Chief Justice John Roberts to jump in, like a law professor closing in for the kill.

“There is no law on the books that does what?” Roberts asked.

“That makes a requirement of the kind that Justice Kennedy hypothesized. The law is the opposite.”

“Well, flesh it out a little more,” Roberts asked. “What – there is no law on the books that does what?”

“Isn’t that what we are talking about in terms of their religious beliefs?” Roberts concluded, having made his point that Hobby Lobby’s owners might hold a sincere religious belief that certain contraceptives are abortion agents. 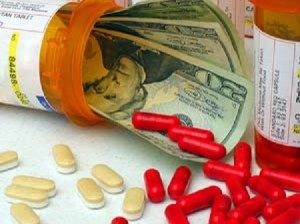 The conservative justices attacked Verrilli’s argument that for-profit corporations shouldn’t get the benefit of the Religious Freedom Restoration Act, a broad statute Congress passed to protect the exercise of religion after a contrary Supreme Court ruling. Otherwise, he said, businesses could evade laws that are designed for the good of the public, such as women who need access to contraceptive care.

But Kennedy had a problem with that, noting that the Obama administration had exempted churches and religious non-profits from the contraception mandate without citing RFRA.

Even liberal Justice Breyer appeared to be siding with Hobby Lobby, wondering whether Kosher or Muslim butchers could be required under RFRA to abstain from religious slaughter methods on humane grounds.

Verrilli said once individuals decide to assume a corporate form, they must abide by the laws governing corporations.

Throughout the questioning, the justices kept returning to the issue of substantial burdens to the practice of religion, and both sides offered a way out. If the government offered to pay for contraception, perhaps the religious owners of a corporation could abide by that. But the argument that corporations can’t hold religious beliefs at all seemed doomed. Corporations can be assumed to have a guilty state of mind — scienter, in legal terms. And Roberts noted that all eight circuit courts of appeal to consider the question have held that corporations can sue over racial discrimination.

“Now, does the government have a position on whether corporations have a race?” he asked Verrrilli.

“Yes. we think those are correct and that this situation is different,” the government’s lawyer answered.

Maybe yes, maybe no. But my bet is courts will soon be a lot busier trying to figure out whether a company is trying to avoid a law or regulation out of sincere religious beliefs or to save a buck. Congress set up that scenario when it passed RFRA — co-sponsor:  the late Sen. Ted Kennedy, D-Mass. — and only Congress can fix any problems that ensue.