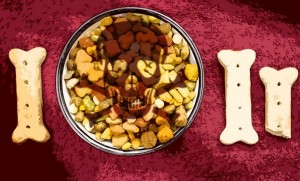 Purina Beneful Dog Food has been getting many negative replies on Amazon.com and it’s Consumer Affairs page now has over 700 one-star ratings that contain page after page that show dogs suffering slow, agonizing deaths from mysterious causes. Internal bleeding. Diarrhea. Seizures. Liver malfunction, most of them are truly disturbing.

Finally several bold judges decided to take on the giant company by filing a major class-action lawsuit in California federal court that alleges that Purina dog food is directly causing these deaths.

Plaintiff Frank Lucido commented that it began last month when his beloved German shepherd began losing an alarming amount of hair, smelled strange, and wound up at the vet with symptoms “consistent with poisoning.” A week later, his wife found one of their other dogs, an English Bulldog, dead. An autopsy showed signs of internal bleeding in the stomach and lesions on the liver, symptoms eerily similar to the shepherd’s, according to the complaint. Then their third dog also became ill.

The sheer volume of accusations and consumer testimonies have made several of the seasoned lawyers confident that this will be a solid trial.

Please share with any other pet lovers you know;