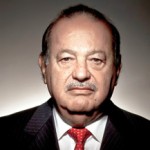 Many news outlets are suggesting that Mexican billionaire Carlos Slim made comments about a three-day work week.

The Financial Times reported that in a speech at a conference in Paraguay, Slim advocated a radical change in the typical five-day work week.

What he really said is shocking to say the least…

The telecom company that has made him the world’s second richest man by some estimates, now can retire before they are 50 years old in some cases.

Employees in Mexico work more hours than their counterparts in any other country, according to a study by the OECD, an international economic forum. The study shows workers there work 2,317 hours a year, or 44.6 hours a week, compared to an average of 1,798 hours a year in the United States.

For U.S. workers, the 40-hour, five-day work week became the standard in 1938. Despite gains in productivity and predictions of a significantly shorter work week that would follow, it has remained the standard for more than 75 years.

The Mexican billionaire stands on his opinion that people everywhere should be working more, not less.