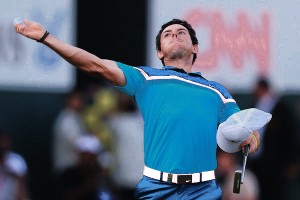 One of the greatest days of golf was just played on a perfectly sunny day in South Charlotte. Rory McIlroy, currently ranked the #1 golfer in the world, won the Wells Fargo Championship with a 21-under total score.

The top player overwhelmed all other competitors over the past 4 days and became the first ever two-time champion of Charlotte’s Wells Fargo Championship on Sunday at the legendary Quail Hollow Golf Club.

McIlroy shot a course-record 61 yesterday, which went down in the record books as the best one-day score in the history of Quail Hollow’s tournament.

This Charlotte Start-Up Company Is Now Worth $1 Billion