Here’s the full video that CNN captured of what happened after Trump finished his private meeting with the rap star:

This would certainly be one of Donald Trump’s strangest selections, as Kanye neither has any experience in public office, nor in law enforcement. Given his recent selection of Ben Carson for the head of HUD, however, it may not actually be that surprising.

What do you think about Kanye West holding a federal position? 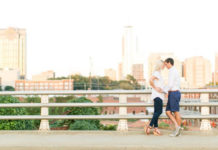 $15 Million Worth of Pot Plants Seized Near Bluefield, WV