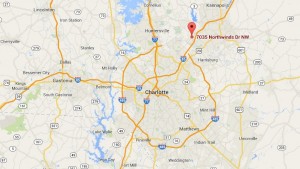 Amazon.com plans to open a 222,500-square-foot distribution center in Concord this coming November. The new facility will be built in the Concord Airport Business Park, next to the Concord Regional Airport. The Silverman Group, a New Jersey-based real estate company, will be constructing two speculative industrial buildings totaling 550,000 square feet, almost half to be leased by Amazon.

The new facility will be Amazon’s first fulfillment center in North Carolina.

Currently, the closest Amazon.com distribution center the Charlotte area is located in Columbia, S.C. The company also plans to open another facility in Spartanburg, S.C., this year. Combined, Amazon is spending over $125 million to open their new distribution facilities in the Carolinas. 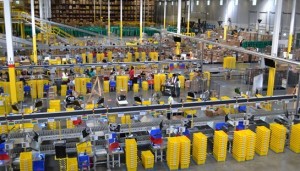 Their new expansion tactics will allow them to cut out UPS and FedEx and their distribution networks. Once they complete their own full-scale distribution network, Amazon will be able to keep goods in its network until they’re almost at their destination, then use the U.S. Postal Service for the last leg of delivery. They have even been talking about even using flying drones to deliver the goods to their clients door steps in the near future.