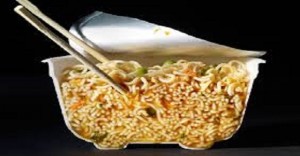 During those late-night cravings or when you find yourself with only $3 for the rest of the week, instant Ramen Noodles are the solution. Half of the world swears their childhood, college years, and often even adult life to the non-so-gourmet-meals.

According to a new study, however, they might be killing you. OK, not necessarily, or not outright, but the research shows instant noodle products like Ramen can increase the risk of metabolic syndrome for women – and that means increased risk of heart disease, stroke and diabetes, according to the Mayo Clinic.

The study found that those women who ate instant noodle products (ramen) more than twice a week were the ones in trouble.

The investigating team discovered that the chemical BPA is used for packaging these noodles into Styrofoam containers. BPA has been reported to interfere with hormones such as estrogen.

What’s even worse about Ramen noodles is that they also contain a chemical called, Tertiary-butyl hydroquinone (TBHQ), which is a byproduct of the petroleum industry and food additive that is often used to preserve cheap processed foods.

A gastrointestinal specialist conducted an experiment with a time lapse video inside the stomach, comparing both fresh and preserved ramen noodles.

You may want to skip this video if you don’t want to give up your Ramen Noodle addiction;

Please help save lives by sharing!