The Charlotte Knights have just announced that they will be hosting the 29th annual Triple-A All-Star Game, which will be aired to millions on the MLB network; 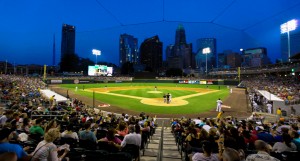 Many people had reservations about The Charlotte Knights building their new minor league stadium in uptown Charlotte, but all the doubters were proven wrong when the Knights first season, drew a record 687,715 fans – the most any Minor League team has ever seen.

The team also just hosted the 2014 Triple-A National Championship game in their impressive $55 million facility and attracted an astounding 8,500 fans, even despite a rain delay that lasted nearly two hours.

Charlotte Missionaries to Liberia Who Had Contact With Ebola Are Coming...