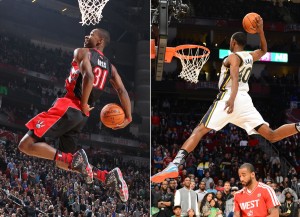 Last fall, Charlotte agreed to spend $27.5 million to renovate the Time Warner Cable arena in an attempt to attract several national events. That decision is already paying off, as the city has now been officially selected to host the 2017 NBA All-Star Weekend.

The last time Charlotte hosted the All-Star crowd was back in 1991.

The NBA All-Star festivities will include the highly anticipated NBA All-Star Game, various skills competitions (a dunk contest and a 3-point shooting contest specifically), and several other games between NBA pros and rising stars from the Development League. There will also be a massive fan fest, to include music, celebrity appearances, games, and incredible food.

All-Star Weekends have consistently attracted tens of thousands of fans from around the world to each host city, and will undoubtedly prove to be an incredible boost to the local Charlotte economy.