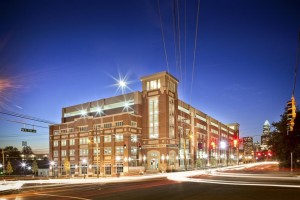 CPCC just finished its“Legacy and Promise” fundraising campaign with over double the projected goal, raising over $63 Million in cash and in-kind contributions. The campaign, in honor of their 50th anniversary, may have just set a new fundraising record for U.S. community colleges.

“We could not be more thrilled, proud and grateful for the way this community responded to the campaign,” commented Dr. Tony Zeiss, CPCC president. “The many contributions will touch every part of the college and benefit generations of students. The amazing success of the campaign is simply astounding. Our campaign chairs did a wonderful job as did our campaign steering committee and the staff of the CPCC Foundation.”

“The results of this campaign are particularly heart-warming when you consider it kicked off during the height of the ‘great recession,’” Zeiss also remarked. “So many individuals, foundations and companies somehow found it within themselves to say, ‘CPCC and its mission are important, and we will do what we can to give support.’ We know of no other community college campaign that has raised more than $63 million. We are grateful and truly humbled.”

Since its founding in 1963, CPCC has educated and trained more than 1.5 million people. Today, the college serves more than 70,000 individuals a year, making them the largest community college in the Carolinas.