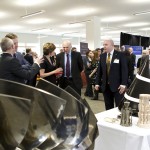 Giti Tire’s first North American manufacturing facility, its ninth worldwide – will produce both passenger and light truck tires. Workers at the 1.8-million-square-foot plant will both make and distribute tires. The company brands include GT Radial and Primewell. 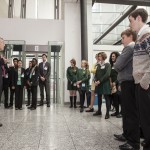 After the Giti announcement, the Lash Group and LPL Financial Carolinas each said they will build new facilities in Fort Mill.

The Lash Group plans to invest $90 million in a new company headquarters for up to 2,400 employees.

LPL Financial plans to invest at least $150 million in a new regional headquarters for up to 3,000 workers.

Both companies are locating in the Kingsley North business park at S.C. 160 and I-77.

If you would like to browse all jobs now available in the Rock Hill area click here.