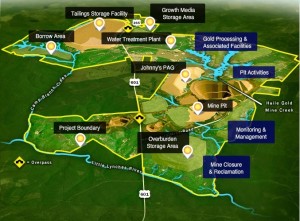 A gold mine in Lancaster County, just south of Charlotte is about to re-open, in hopes of mining over $5.7 billion in pure gold. Current gold prices are about $1,200 an ounce, and Romarco Minerals Inc. believes it can mine up to 4.8 million ounces by reopening The Haile Gold Mine in Lancaster County.

The mining company is trying to break ground on the site this coming. The company will be borrowing $200 million from local banks to fund the initial equipment and operations cost. 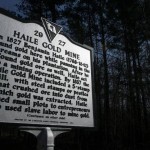 Mining at Haile Gold Mine dates to the early 19th century, when prospectors dug the hillsides and panned creeks for gold.

The land was the site of several subsequent mining efforts before the mine was closed around 1990.

“We are also very pleased to announce that early site preparation activities are fully underway at Haile,” Diane Garrett, CEO of Romarco stated in a recent press release.