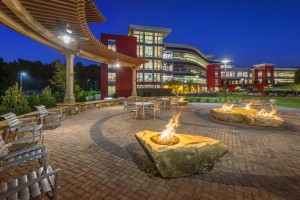 Ric Elias and Dan Feldstein moved to Charlotte in 1999 to start a small marketing firm that focused on creative technology driven sales solutions. They never imagined how quickly their new start-up, called Red Ventures, would grow.

In 2007, the company built a new 20,000-square-foot headquarters in South Charlotte and over the past 14 years, it has built satellite offices in New York, Florida, Texas, Puerto Rico and Guatemala, attracting big-name clients such as LendingTree, Bank of America, and Duke Energy.

Red Ventures has grown more than 30 percent every year for the past five years and is projected to house almost 1,800 employees on the South Carolina campus by the end of the year.

If you would like to browse job openings for Red Ventures or any other company in Charlotte click here.