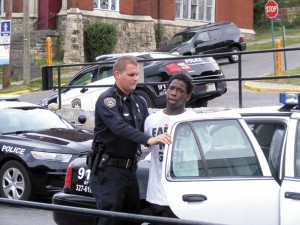 A Bluefield man was just arrested for attempting to sell microwaved bread as crack cocaine.

Police responded to a call of a man threatening a First Community Bank employee in Bluefield. When officers searched the man, they discovered the counterfeit drugs.

Michael Brown, 42, of Bluefield, has now been charged with assault on an employee and for possession with intent to deliver a counterfeit controlled substance.