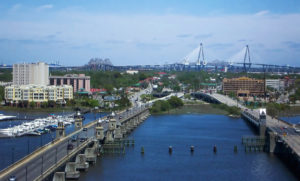 They will now be converting one of the 4 traffic lanes into a separated bike lane to make it easier and safer for bikers to cross the river.

The new lane will be build with a crash-proof barrier on the car lane side and a higher guardrail on the river side.

This decision comes after a 60-day pilot program in which Charleston County closed the lane to drivers, pedestrians and cyclists to determine whether the project should move forward.

Opponents say longer commute times will likely result from taking a driving lane away, and others said they don’t think the lane will be used enough to justify it’s cost or potential traffic delays.

Advocates of the lane say that they want more choices to get around the city beyond their cars, and that they want bike lanes to be safe, feasible options.

What do you think about the new permanent bike lane?