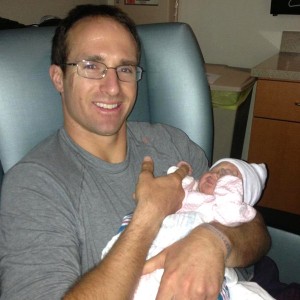 New Orleans Saints quarterback Drew Brees missed Saints practice on Monday as he and his wife prepare for the birth of their fourth child.

Drew and his wife, Brittany, are now the proud new parents of a baby girl — the couple’s first daughter.

Drew announced on Twitter that he, “Spent the early morning with our new baby girl! Brit and she are happy, healthy, and doing great! Gods greatest gift!”

“I was there to catch the snap, so to speak,” Brees said at a news conference at Saints practice.

Brees said he would announce the baby’s name once he and his wife had the official birth certificate in hand.

In March, Brees announced on a national television show that he and Brittany would welcome a little girl this summer.

The couple’s daughter joins brothers Baylen, Bowen and Callen. It appears that four is enough for the Brees family. The star quarterback jokingly said that a vasectomy is in his future — but not during the regular NFL season.

How large do you think the Brees family might grow to? 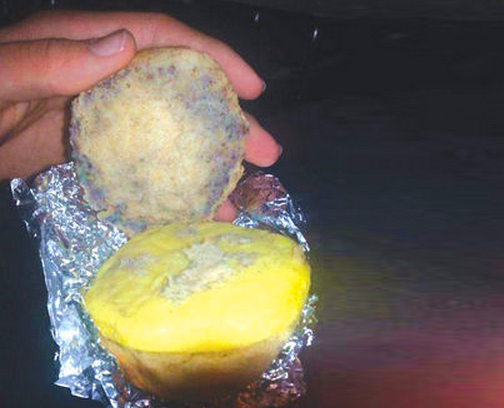