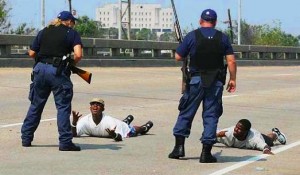 One of the most massive sting operations in the history of New Orleans has resulted in an unprecedented 111 arrests. Local, state, and federal authorities have been collaborating for over 6 months on what’s being dubbed ‘Operation Wild Wild East’.

The team has already seized over $1 million in cash, $330,000+ in jewelry, 32 guns, nine vehicles, and huge stashes of heroin and crack from Operation Wild Wild East.

Police Superintendent Michael Harrison has stated that this is the kind of law enforcement cooperation that will become a standard in future targeted investigations.

92 of the arrests were charged in state court and have not yet been released, here are the names of those charged in federal court:

Spread the word to support crime prevention in New Orleans;