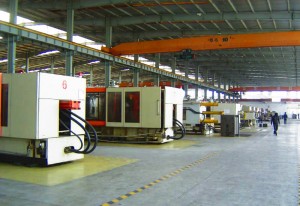 A Louisville area industrial firm just announced their largest expansion in history, including over $23 million in upgrades and at least 160 new jobs being created.

Beach Mold and Tool Company (an injection molding and precision tool manufacturer), will be making the upgrades to their main facilities just northwest of downtown Louisville.

The company is headquartered in New Albany, IN (part of the Louisville Metro area), and they also have locations in Emporia, VA. Together, both locations operate over 500,000 square feet of work space, where new tools are designed, produced, and distributed around the country and internationally.

The company says it will create 160 new jobs in the next few years, hiring is underway.

You can now browse all job openings around Louisville here.

Police Asking For Help In Finding Driver of Van Who Shot...