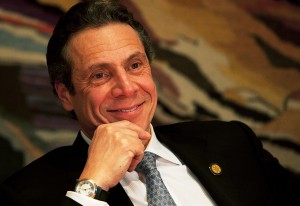 The State of New York has just been entrusted with an extra $5.6 billion from legal settlement payments from America’s biggest banks and financial companies from the housing crises. This historic settlement is a one-time lump sum of money, and it’s unlikely that NY politicians will ever see an amount this large again.

“There’s going to be a feeding frenzy for that money,” said Sen. John DeFrancisco (current chairman of the NY Senate Finance Committee).

This year, Gov. Cuomo and lawmakers only budgeted to receive $275 million from settlements from lawsuits, but their estimate wasn’t even a fraction of what is really coming in. Banks throughout the state, mostly in NYC, are now expected to dish out a massive $5.6 billion, according to Comptroller Thomas DiNapoli’s office.

Lawmakers are now saying they want to invest most of the money in rebuilding public infrastructure – better bridges, water mains and Internet service. They want to make sure the $5.6-billion decisions will not add anything to yearly operational costs, since this is only a one-time payment. That spending strategy, in itself, is a significant agreement among power players in Albany.

Many NYC lawmakers are wanting to build a new NY Bridge, spending $4 billion to replace the Tappan Zee Bridge over the Hudson River north of New York City.

Upstate lawmakers, however, have indicated that the settlement money should instead be spent on job creation. Some are purposing putting $1.5 billion into a new, economic development pot that Upstate communities, like Syracuse, Albany, and Buffalow, would compete for.

Many other lawmakers and political advocates are convinced that the best use of the money would be for better school aid distributions throughout the state.

How do you think New York should spend the extra $5.6 billion?