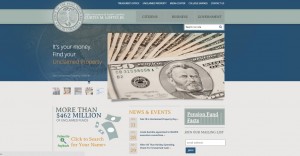 Last year before the database was upgraded online, over 27,000 accounts worth $16 million were paid to South Carolina individuals and businesses by the Palmetto Payback unclaimed property staff.

Mavalerio Builting First US Facility in Richmond and Bringing A Wave...

Top 5 Things To Do This Memorial Day Weekend in Atlanta