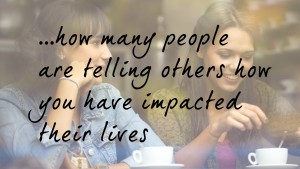 Most people’s primary goal today is more income…whether they are willing to admit it or not. More income can often raise our quality of life, increase opportunities to invest, and most importantly, buy us more impressive toys. When our main goal is more income through more clients, or bigger raises, however, we often miss the most important part of building the best possible careers or businesses.

The word impact is defined as “influence; effect.” When we make an impact, our influence continues far beyond our efforts. A great example of this is Walt Disney’s empire. Walt is gone, but his influence lives on through his incredible brand that continues to impact millions of lives everyday.

Here are 3 powerful reasons why to focus on impact over income;

When you make a book, movie, music, video, website, or invention with significant impact, the passive income will continue long after you release it. In 1989, Stephen Covey published a book called The Seven Habits of Highly Effective People. It has already sold over 25 million copies and is now in 40 languages. This book is still on the New York Times best-sellers list consistently 25 years later. Stephen Covey passed away in 2012, but his impact continues on, and so does the passive income from book sales.

When you create something that significantly helps people, and makes a noticeable impact in their lives, the impact will keep the passive income flowing for decades.

Facebook, Disney, Microsoft and countless other brands started with a little more than a name and an idea. What made them into the powerhouses they are today is the impact they made on people’s lives, through their vision and what they created.

In today’s world, a new idea or process is extremely rare, but successful redesigns and re-branding happens happens every day.  The best way for you to stand out is to focus on the impact your efforts are making. Rather than focusing on selling more of the same thing in the same way, always ask how can you can tweak what you are doing to have a better impact on people’s lives.

Word of mouth remains the most powerful marketing tool in the world…how many people are currently telling their friends how you have impacted their lives?

It’s now estimated that over one million books are published every year. Many of these books won’t sell more than 250 copies. Yet, a book published 25 years ago will continue to sell millions of copies. The difference is in how much impact a book has on a person’s – does it change them and do they want to tell their friends about it?

Too many books are written just to make money. Too many products and services are created with the main goal of creating income. These simply won’t stand the test of time.

Am I making an impact on people’s lives, or am I just making money?

If you’re serious about making way more by focusing on impact over income, I’d recommend reading The 15 Invaluable Laws of Growth by John C. Maxwell

What’s The Deal With Ukraine? 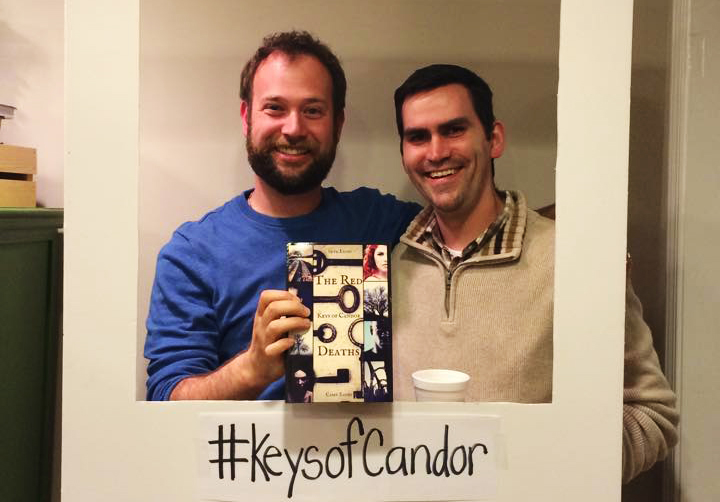 This Charlotte Librarian and BB&T Employee Just Wrote The Next Best...

This New 3 Step Approach To Sales Will Blow Your Mind