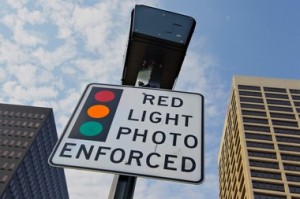 The Yonker’s red-light camera program has just been extended and expanded by Gov. Andrew Cuomo, among 92 pieces of legislation signed Tuesday by the governor.

Yonkers is the largest city in NY to receive such a substantial expansion on it’s red light camera pilot program.

Two other substantial NY cities were hoping to also integrate the red-light camera program — Albany and Kingston — but it appeared less likely that they’ll get approval anytime soon.

The red-light camera programs have spurred heated  national debates regarding their effectiveness and safety, AAA has raised concerns, and some cities have refused to participate. The cities of Syracuse and Buffalo received authorization for the pilot program in 2009, but their citizens and representatives have overwhelmingly declined the implementation.

In the city of Yonkers, there are currently 57 cameras, watching 25 intersections. The city is currently running ongoing tests to determine the effectiveness of the program, and how many new cameras should be installed after this week’s expansion was approved.

How The Program Works

The cameras installations includes sensors built into the roadway before the stop line that are designed to measure a vehicle’s speed to determine if the vehicle can stop before it gets to the stop line before it turns red. If the program calculates that a vehicle cannot stop in time, then it takes a picture once the vehicle has passed over the sensors. It then takes a second picture approximately two seconds later when the vehicle is within the intersection. At the same time a 24 hour video is recording the intersection.

How many new cameras do you think Yonkers should install?